Since 1993, Phnom Penh Water Supply Authority (PPWSA) has experienced an impressive growth. Two Master Plans have helped define the strategy for expansion of water supply:
- The First Master Plan (1993-2010)
- The Second Master Plan (2005-2020)
The full implementation of the Second Master Plan and the continuing increase of water demand require to prepare a Third Master Plan.
Experience shows that forecasts beyond 15 years horizon cannot be accurate. Therefore the period chosen for the Third Master Plan is 2016-2030.
The objectives of the project are:
- To prepare PPWSA’s Third Master Plan for the period 2016-2030 in order to allow a sustainable expansion of the Greater Phnom Penh Water Supply System (GPPWSS), and to reach 100% coverage by the end of the period
- To prepare the Feasibility Study, Preliminary Engineering Design and preparation of Tender Documents for the priority projects. 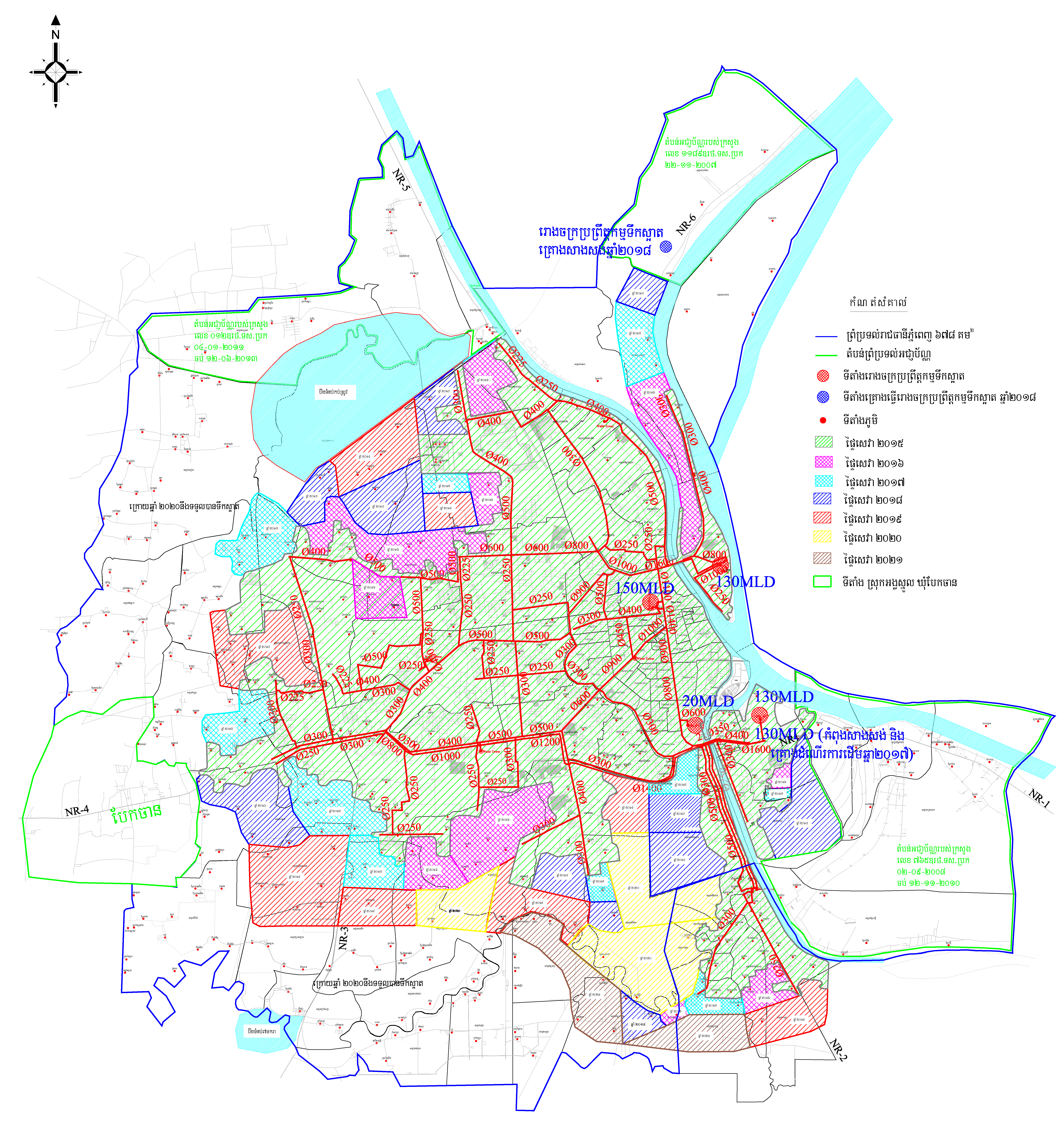 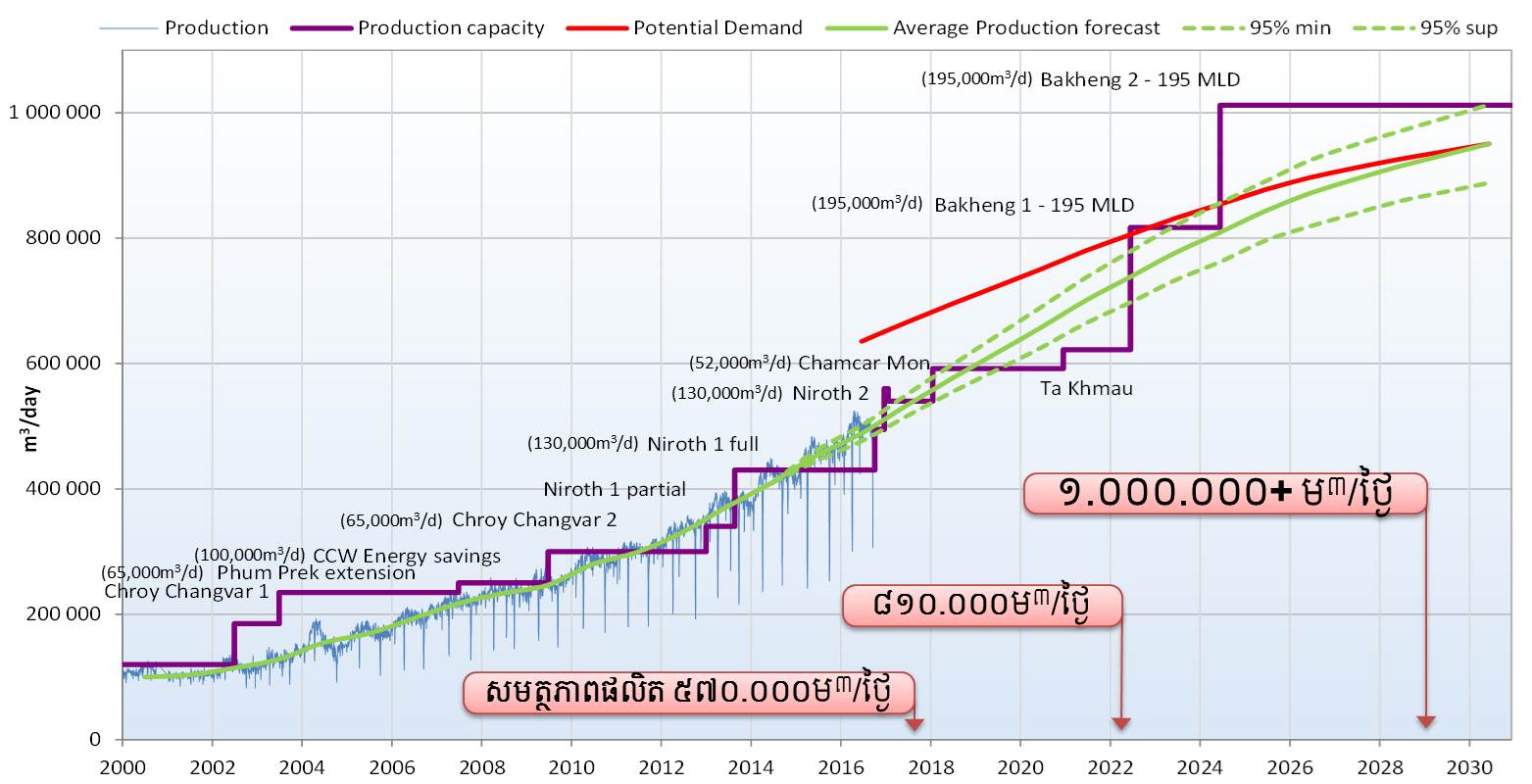